The default state of a startup is failure 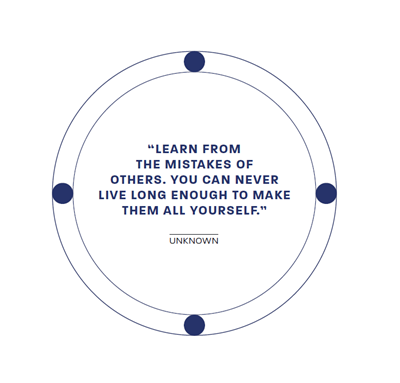 Omar Mohout and Carine Lucas wrote a book where they give 99 reasons why startups fail. Read here about why they wrote is.

Being your own boss, with no one telling you what to do and when to do it, sounds appealing and exciting, doesn’t it? Startup ideas inspire hundreds of thousands of entrepreneurs all over the world. Some of them already are experienced and sometimes even serial entrepreneurs. While others are rookies: they’re just starting their entrepreneurial career. No matter how long they have been in the business, they have passion and motivation in common, and entrepreneurship seems to be encoded in their DNA! But on the flip side, what is also equally true is the fact that the majority of entrepreneurial ventures fail.

Have you ever wondered what the catalyst for such failure is?

It takes an extraordinary group of people and the right timing to launch a startup that will not fail. Startup failures are complex. Most of them are not caused by stupid or simple mistakes. So, be careful when you form the following conclusion: Startup X failed because of Y. Therefore I should avoid doing Y in my own startup. It is not that simple. Startups fail because of a combination of factors and causes, some of which are almost impossible to put a finger on. Being too early with an idea is as fatal as being too late. There is nothing more powerful than an idea whose time has come. But be very careful when you read articles about success or failure of other startups. Startups don’t grow in a controlled environment but are out in the wild.

And in the wild, anything can happen.

Every business, small or big, is a complex system with thousands of different activities that constantly interact with each other. Some of these activities are obviously more important than others but you will not find one single activity that is the key to success. Unfortunately, there is no silver bullet. On the contrary, business success emerges from the combination of these activities at the right time and place. As Lazerow stated “People who focus exclusively on efforts that matter, succeed. It’s that simple.” But how do you know what matters? Especially as many of these activities are often new to the entrepreneur. When you have never built a landing page, never cold-called a prospect, never hired someone, never pitched your product or don’t know how to make a cash flow forecast; how could you know how to proceed and what should be done first? And it looks like it is all happening at the same time.

But here is the good news: all these things have been done before by others whose experience and know-how can provide precious answers. In our book 99 Reasons Why Startups Fail, we build on our own experience as well as the generous advice shared in blogs and interviews by startup experts as Paul Graham, Jessica Livingston, Marc Andreessen and many others.

Based on our work experience with hundreds of startups, we found that most of them are too often focused on the product instead of building the business. Moreover they are too busy with immediate issues and lose sight of the growth path of their business. The majority of resources are typically assigned to the product and not on growing the company.

Launching a startup requires the willingness to fail and learn.

Avoiding failure is not a sign that you’re smart and being smart is not about knowing all the answers; it’s about being able to find them. While knowledge is about knowing the right answer, intelligence is about asking the right questions. Even though it’s common for startups to say that ideas mean nothing and execution is everything, the reality is more nuanced. Even the world’s best entrepreneurs with incredible execution skills will fail if their idea is fundamentally flawed, or if the assumed market is too small.

The step to launch a company should not be taken lightly and might be the most important decision of your life. A startup will take over your life to a degree you can’t imagine and for a long time, especially if you’re successful. You will be spending sleepless nights worrying or thinking about your business. But by constantly trying new things, you will figure out your true purpose in life. Life is too short to pursue anything other than what you are most passionate about.

“Most of the companies fail ultimately because they do one thing really well, but they do not think of the next thing to do, they do not broaden their vision, mission, they continue building on that particular platform in one or another way, they do not challenge themselves,” - Eric Schmidt, executive chairman of Google

This book is aimed at identifying reasons that can lead even great ideas to complete failure. It also presents how you can make your way around them, earning everlasting growth and prosperity. 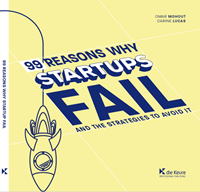